International route of more than 1000 km, the Meuse by bike, EuroVelo 19, follows the river from its source near Langres to its mouth in the Netherlands where it joins the Rhine delta. Over its 36 stages, the Meuse reveals itself in all its facets, it extends over a landscape that changes and accompanies it. The oldest river in Europe by bike is what awaits you.
From Mouzon to Givet, the Trans-Ardennes Greenway and its 130 km secured, an anthology of essential stages:

You will cross coastal landscapes alternating forests, meadows, rivers and ponds. From Mouzon, you enter the Voie Verte Trans-Ardennes, a 130 km dedicated greenway to Givet. Take the time to discover the city, a small city of character, with a medieval atmosphere. Do not miss its Gothic abbey church and its Felt Museum.
At Remilly-Aillicourt, you can also take the Ennemane greenway for 9 kilometres. 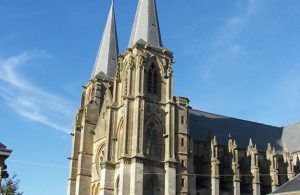 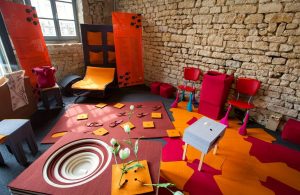 Follow the Trans-Ardennes Greenway and travel through bucolic landscapes alternating meadows and hills.
The largest fortified castle in Europe awaits you in Sedan. A former independent principality, Sedan, birthplace of Turenne, also has a rich textile industrial past. The last three conflicts still appear in and around the city, and recall the strategic importance of the place of Sedan. 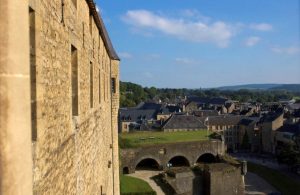 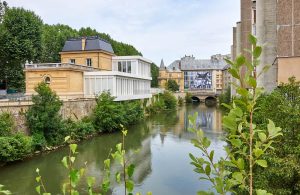 Your journey continues on the old towpath that runs along the Meuse.
In Charleville-Mézières, take the time to discover the two towns: Charleville, new town of the 17th century, birthplace of the poet Arthur Rimbaud, Place Ducale and its museums; Mézières, medieval city with the Notre Dame d'Espérance basilica, its 20th century stained glass windows by René Dürrbach.
Enter the city via the Mont-Olympe loop, on its own site, to take full advantage of a natural arrival, in the heart of the city. 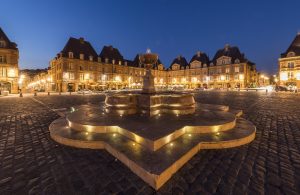 EV19 – Monthermé, the Pearl of the Ardennes

You enter the Meuse Valley, the Ardennes massif and its legendary forests. In Bogny-sur-Meuse, the four Aymon sons wander forever in the Ardennes forest, in Monthermé, the viewpoints will allow you to see an almost entire meander of the Meuse which gave the town its nickname, and in Laifour, three women petrified for having been unfaithful to their crossed husbands form rocks giving the landscape unforgettable shapes.

The Loop of the Meuse at Monthermé

The Loop of the Meuse at Monthermé 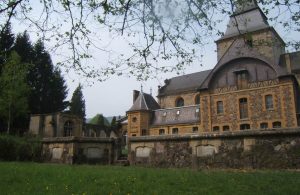 Last stage on the Trans-Ardennes Greenway, along the towpath, in the heart of the valley carved out by the Meuse, discover a charming town on the banks of the Meuse protected by Charlemont, a citadel built by Charles V.
After Givet, you can join the Belgian RAVel cycle network and continue your journey on the Meuse by bike. 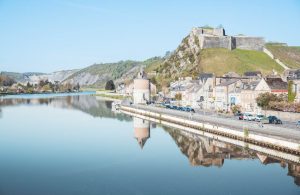 To travel with peace of mind, take advantage of services labeled Accueil vélo. Find them here

The Trans-Ardennes Greenway, The Meuse by bike in the Ardennes: Download the track (kml) and the greenway flyer

Discover the entire Meuse by bike in France (route, services, accommodation) on www.francevelotourisme.com

Thank you for taking the time to let us know that this content was helpful to you. Your encouragement is essential to us, and your feedback allows us to improve.

Thank you for taking the time to let us know that this content was not helpful to you. We're sorry about that.